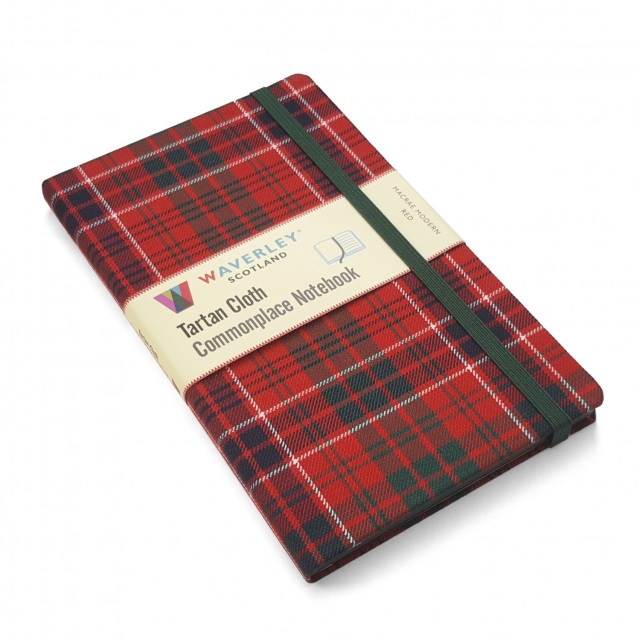 There are several tartans associated with the MacRae clan, but this attractive one is predominantly red with dark blue and dark green.

The MacRaes are a Highland clan whose historic seat is Eilean Donan Castle. For generations, the MacRaes were constables of the castle for the Mackenzie family.

Eilean Donan Castle was destroyed in 1719 by three Royal Navy ships and 27 barrels of gunpowder. The ships were sent to attack Spanish soldiers occupying the castle and supporting the Jacobite cause. The Navy captured the castle and bombarded it until it was destroyed.

In an incredible undertaking, Lt.-Col. John MacRae-Gilstrap (1861–1937), bought the ruined castle and rebuilt it between 1912 and 1932, including the addition of a bridge. The present castle is entirely a 20th-century reconstruction by George Mackie Watson.

The name MacRae is derived from the Gaelic Macraith (pronounced Magraw) which means “son of grace”, and variant spellings include Magrath, MacGraw and Magra. It is said that the MacRaes are Irish in origin. The main line of the MacRaes comes from Kintail.