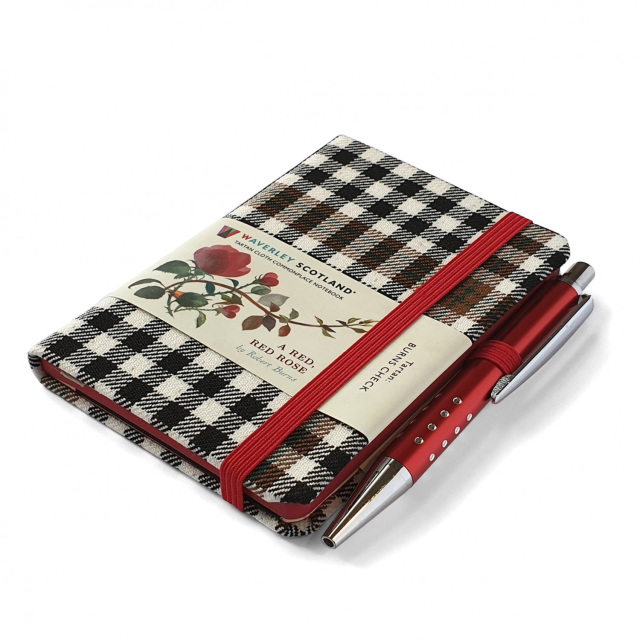 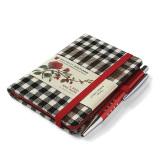 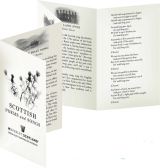 “A Red, Red Rose” is a 1794 song by Robert Burns, based on traditional sources. The song is often published as a poem, and is one of the most famous verses to be associated with Burns.

Towards the end of his life, Robert Burns worked to preserve traditional Scottish songs for the future, contributing to the Scots Musical Museum, and A Select Collection of Original Scottish Airs for the Voice. Burns gave the song to singer Pietro Urbani for it to be published in his Scots Songs, and referred to it as a “simple old Scots song which I had picked up in the country.”

In 2008, when asked for the source of his greatest creative inspiration, Bob Dylan, American singer songwriter, selected “A Red, Red Rose”, as the lyrics that had the biggest effect on his life. The song is unrelentingly popular, with notable versions by Jean Redpath, Eva Cassidy and Carly Simon. Our notebook is bound in genuine Burns Check, woven in Great Britain, and contains a removable booklet detailing the story and words of each Scottish song or poem in our range.A retractable pen is included. (Pen barrel color may vary from that illustrated.)